The exhibition at the Fondation Beyeler is the largest ever in Switzerland to be devoted to Gerhard Richter (born in Dresden in 1932, now based in Cologne), arguably the most important artist of our time. It centers for the first time on the artist’s series, cycles, and interior spaces. A counterpoint to these is formed by a number of single works, many of which have achieved iconic status. Some hundred pictures are on show — portraits, still-lifes, landscapes, abstract images — along with two glass objects and sixty-four overpainted photographs. The selection encompasses the major periods in Richter’s career since 1966, including recent works not yet seen in public.

In a career spanning sixty years Richter has created an oeuvre of striking thematic and stylistic variety. He has used photographs as the basis of figurative paintings. His abstract works range from pictures featuring color to monochrome fields and digitally generated compositions. "If the abstract pictures show my reality, then the landscapes and still-lifes show my yearning," he wrote in 1981. The artist has also addressed recent history. The exhibition therefore includes the legendary fifteen-part cycle from the Museum of Modern Art, New York, revolving around the Baader-Meinhof gang and the events of October 18, 1977.

In the 1950s Richter studied mural painting at the Art Academy in Dresden. Since then many sketches and statements by him have testified to the crucial role played by architectural contexts in his work: "That is such a dream of mine — that the pictures will become an environment or become architecture.” Richter’s interest in the interaction between single pictures, groups of works, and the surrounding spaces is explored vividly in the exhibition, which has been put together by curator Hans Ulrich Obrist in close cooperation with the artist.

Contrasting with the noisy exuberance of 4900 Colors are these two tranquil portraits of young women, both of which radiate charm and intimacy. Richter’s handling of the medium of photography, and the familiar character of his subject, have here yielded pictures with warm hues and a gentle lighting. These paintings based on personal visual sources are diametrically opposed to those created on the basis of material found in newspapers, as in "Eight Student Nurses". Gerhard Richter has captured Betty in a twisting pose. She thereby leans towards the viewer, and her shoulder seems close enough to touch. Her hair, combed back into a loose plait, and the texture and floral pattern of her bath robe, are painted with extreme precision, while the background is monochrome and empty. Betty’s head faces resolutely towards the rear; what she is looking at, however, remains unclear. Through this simultaneous combination of physical proximity and a turning away, intimacy and distance combine in one figure: “The averted face”, thus Richter, “may be a somewhat hackneyed way to introduce a sense of mystery into the portrait, but the core emotion, surely, is one of painful regret related to loss and separation—something along those lines. But, of course, I was not aware of this when I painted it”.

"From the cycle 18. Oktober 1977 (October 18, 1977), 1988". Richter’s Record Player painting has a particular function within the Baader-Meinhof Cycle. It is the only picture to show a single object—one that played a major role, however, in the events of October 18, 1977: the casing of the record player served Andreas Baader as a hiding place for the weapon that killed him. The banal object is charged with heightened significance given the way in which it was used, so that the record player becomes an important part of the events surrounding the deaths of the RAF members. This image thus assumes an explosive relevance that contrasts with the harmlessness of the still-life representation.

Counterpointing the monochrome gray surfaces is the small portrait of Ella, in which Gerhard Richter uses the technique of blurring. The reddish black background, the girl’s lowered head, and her pink shirt with its green collar swim out of focus behind an evenly worked surface. Richter, who first used this technique in the 1960s, later said in an interview: “The smudging makes the paintings a bit more complete. When they’re not blurred, so many details seem wrong, and the whole thing is wrong too. Then smudging can help make the painting invincible, surreal, more enigmatic.”

The realistic portraits in this eight-part cycle all center upon mother and child, who present themselves to the viewer from different sides, at times in intimate close-up. The paintings are based on personal photographs, but at the same time reveal links with the topos of the representation of the Virgin and Child, and in their iconography and subject bring into play the question of the relationship between tradition and present. Gerhard Richter worked on the surfaces to a varying extent, resulting in eight small pictures with differing textures and degrees of abstraction. According to the artist, it is “the same as with a piece of music: there are eight little sequences—soft ones, brash ones, whatever happens to emerge.” The eight paintings are united by their intimate subject and belong firmly together as a group, and yet the quality of focus, choice of angle and lighting mean that each portrait can be perceived as an independent, stand-alone work.

On a trip to Venice in 1972, Gerhard Richter was deeply impressed by Titian’s painting of the Annunciation, which he saw in the Scuola Grande di San Rocco: “I just wanted it for myself, for my apartment, so I decided to copy it, as far as I could. But I couldn’t even manage a semi-presentable copy. So then I painted five variations on the Annunciation that didn’t have much to do with Titian’s Annunciation but that I was quite happy with.” In his five canvases, Richter has largely adopted the division, established in the original composition, into a left-hand pictorial zone with the angel and a right-hand zone with the Virgin. Even if the figures increasingly dissolve into abstract whirls of color, their link to the original motif is upheld by Richter’s adherence to reds, blues and blacks. In contrast to the Eight Student Nurses, the Titian series is not about the search for the formal similarity of the subject, but about the relationship of a theme to the possibilities of its variations. Richter approaches the Renaissance composition with increasing degrees of abstraction. The canvas that is the most blurred of all is not the last in the series, however, but the second. The first and second versions thus establish the framework for the ‘missing’ intermediary stages. At the same time, the most abstract picture does not become the definitive result of the creative process, but one possible solution among many.

The twelve-part Wald cycle asserts itself on the boundary between figurative and abstract painting. Vertical and horizontal welts, lines and bands of paint structure the surfaces against shadowy backgrounds. Gouge marks that abruptly start and stop furrow the canvases. Spatial depth is evoked by means of superimposed layers. Dark and mysterious sceneries offer the viewer spaces full of potential new discoveries. The pictorial motif of the forest (the German word ‘Wald’ means ‘forest’ or ‘wood’) is strongly anchored in the age of German Romanticism, in particular. As an alternative world and a place of yearning that gives meaning to existence, the forest is a perfect vehicle of the irrational and mystical. The paintings of Gerhard Richter’s Wald cycle create an environment of complex emotions, in which the tension between feeling lost and feeling safe becomes acutely palpable. In these powerful canvases, the artistic act of creation and Richter’s searching and experimenting during the painting process can be visually retraced. Richter himself names the feel-ing of bewilderment as “the strongest motivation for and during painting. And the forest in general has a special significance, perhaps more so in Germany than anywhere else. You can lose your way in forests, feel deserted, but also secure, held fast in the bosom of the undergrowth. A fine Romantic subject.” 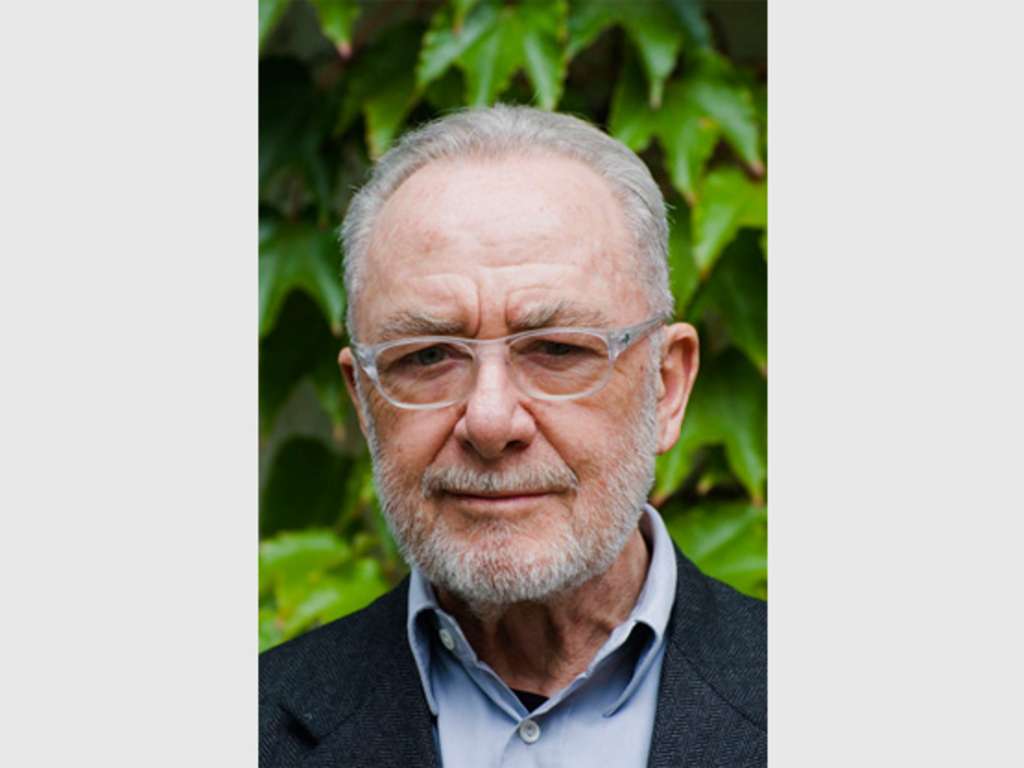 Gerhard Richter is born on February 9, 1932 in Dresden. Grows up in Reichenau and in Waltersdorf in Upper Lusatia.

In the footsteps of John Cage

On 2 July 2014, American percussionist and composer Robyn Schulkowsky will play pieces by John Cage. Gerhard Richter speaks with admiration about John Cage, his compositions and the use of random procedures. In 2006, Richter painted the group Cage, which is shown in the exhibition.

Over the sixty years of his artistic career, Gerhard Richter (* 1932 in Dresden) has produced a standardsetting oeuvre whose thematic and stylistic diversity has no equal among the art of our time. This extensive monograph is the first to present the complete range of the numerous works Richter realized as series, cycles, and spaces. It includes figurative paintings, such as landscapes, still lifes, and portraits, many of which are based on photographs, such as the series S. and Child, a personal and intimate variation on the traditional subject of the Madonna and Child. It also features abstract works, for which Richter draws from a changing repertoire of forms and colors to produce both small and monumental paintings. This generously sized volume reveals an astonishing spectrum of Richter’s paintings in all of their dimensions and techniques.