Alberto Giacometti (, US also , Italian: [alˈbɛrto dʒakoˈmetti]; 10 October 1901 – 11 January 1966) was a Swiss sculptor, painter, draftsman and printmaker. Beginning in 1922, he lived and worked mainly in Paris but regularly visited his hometown Borgonovo to see his family and work on his art.

Giacometti was one of the most important sculptors of the 20th century. His work was particularly influenced by artistic styles such as Cubism and Surrealism. Philosophical questions about the human condition, as well as existential and phenomenological debates played a significant role in his work. Around 1935 he gave up on his Surrealist influences in order to pursue a more deepened analysis of figurative compositions. Giacometti wrote texts for periodicals and exhibition catalogues and recorded his thoughts and memories in notebooks and diaries. His critical nature led to self-doubt about his own work and his self-perceived inability to do justice to his own artistic vision. His insecurities nevertheless remained a powerful motivating artistic force throughout his entire life.Between 1938 and 1944 Giacometti's sculptures had a maximum height of seven centimeters (2.75 inches). Their small size reflected the actual distance between the artist's position and his model. In this context he self-critically stated: "But wanting to create from memory what I had seen, to my terror the sculptures became smaller and smaller". After World War II, Giacometti created his most famous sculptures: his extremely tall and slender figurines. These sculptures were subject to his individual viewing experience—between an imaginary yet real, a tangible yet inaccessible space.In Giacometti's whole body of work, his painting constitutes only a small part. After 1957, however, his figurative paintings were equally as present as his sculptures. The almost monochrome paintings of his late work do not refer to any other artistic styles of modernity. 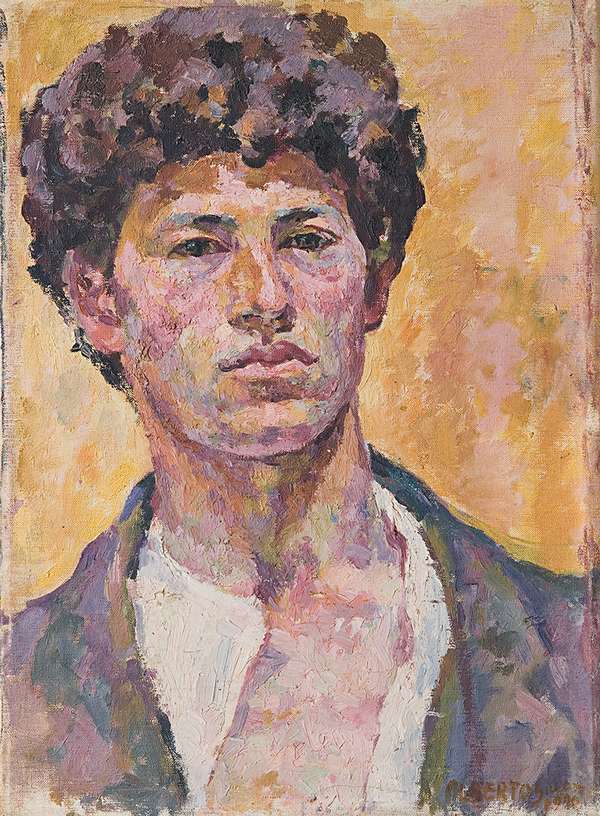 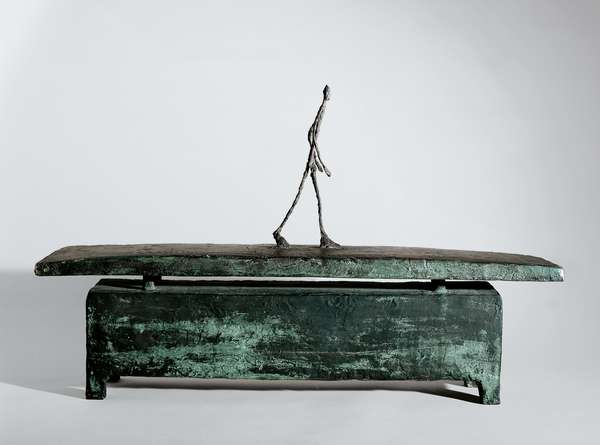 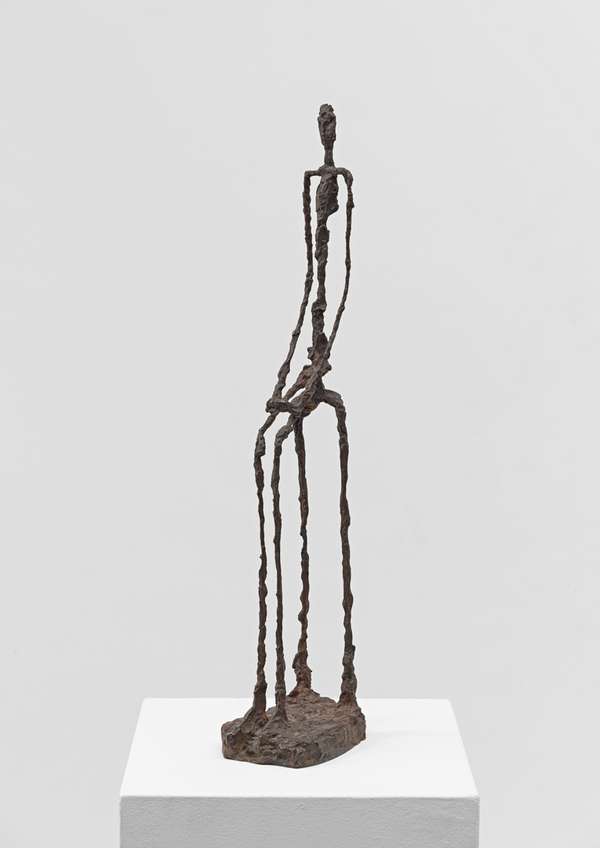 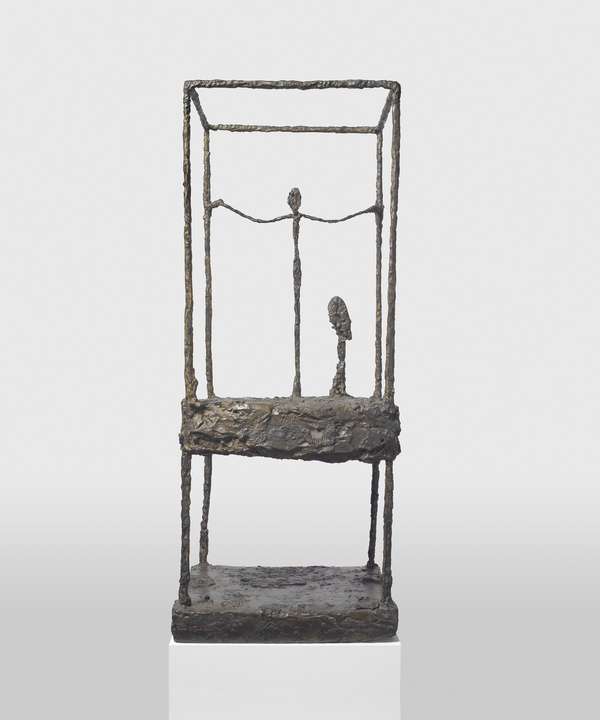 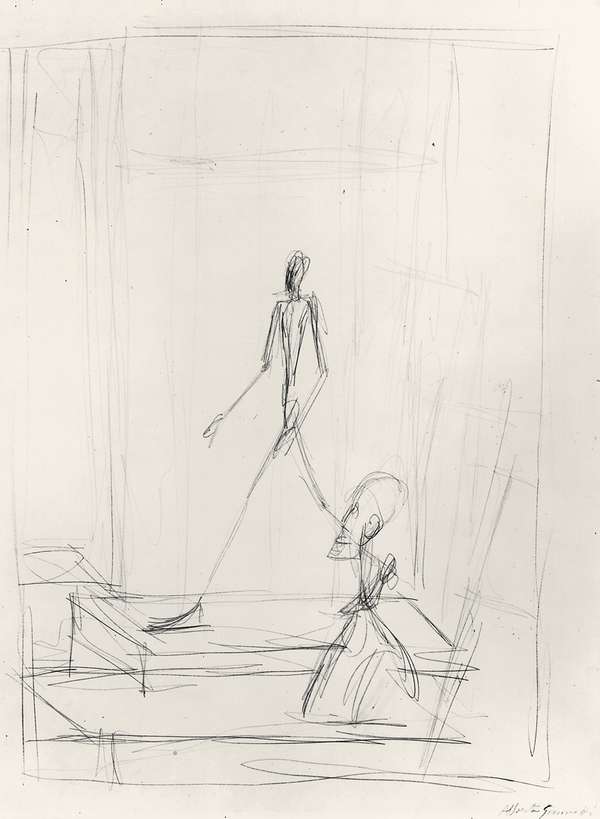 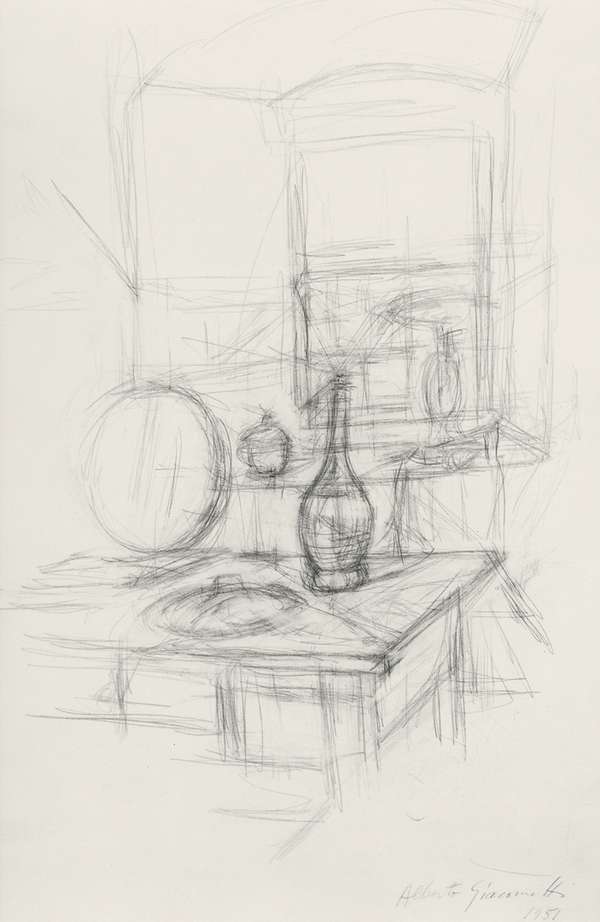 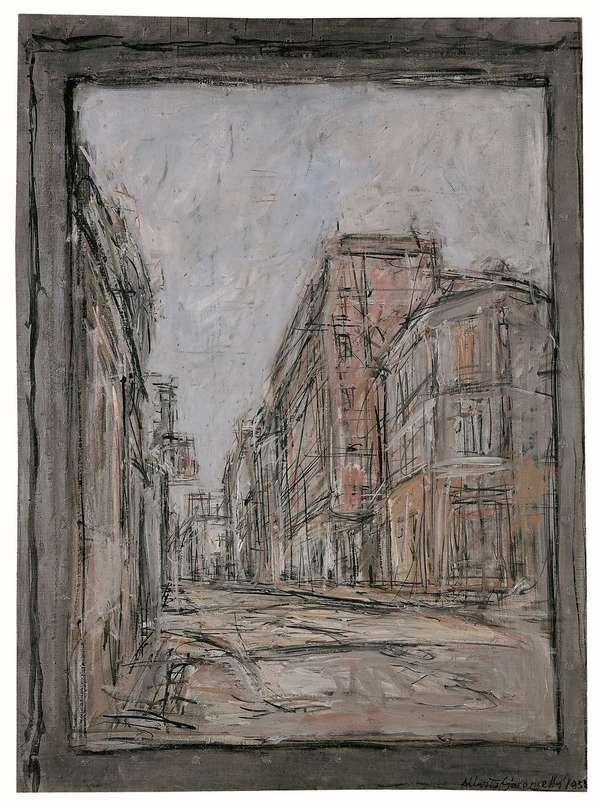 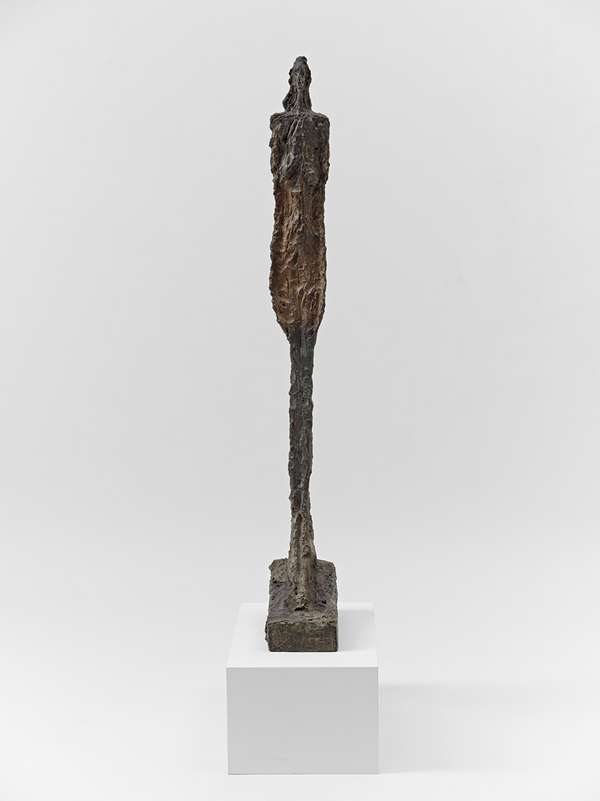 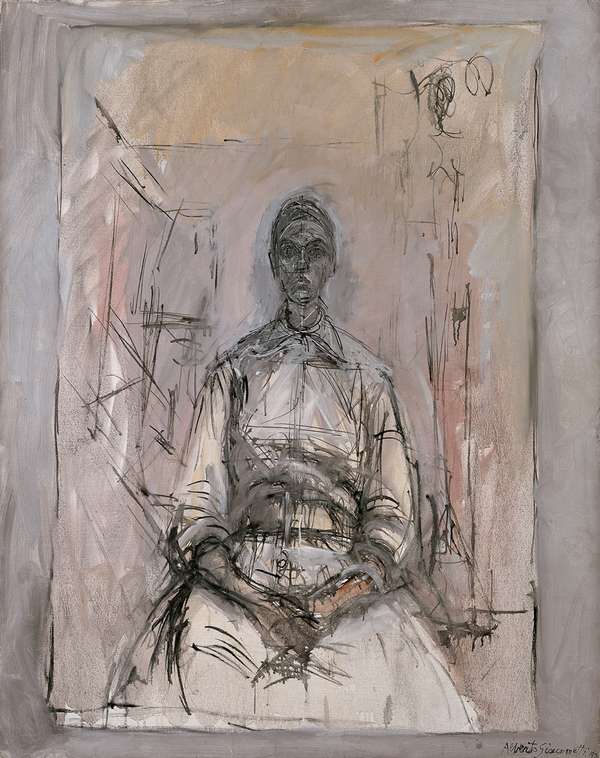 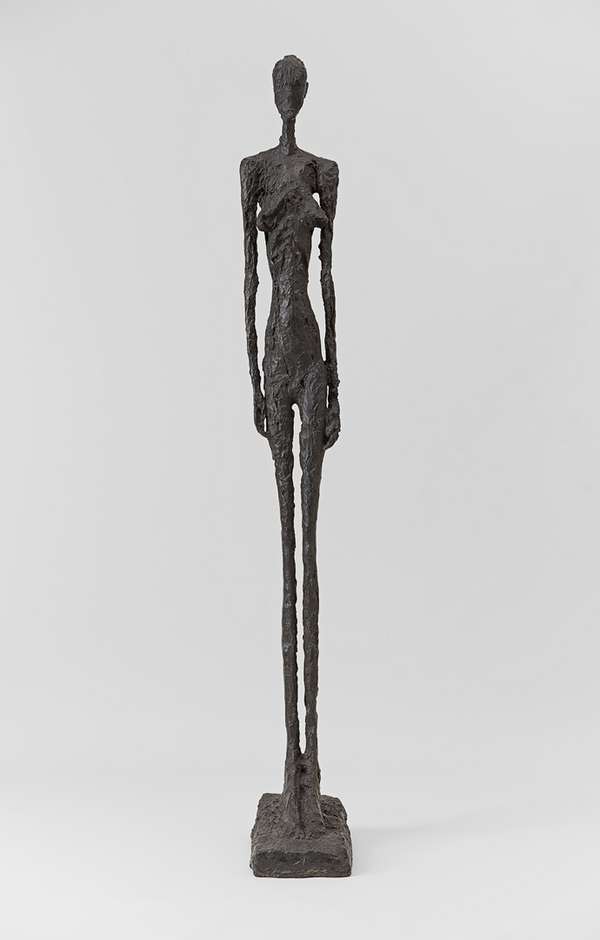 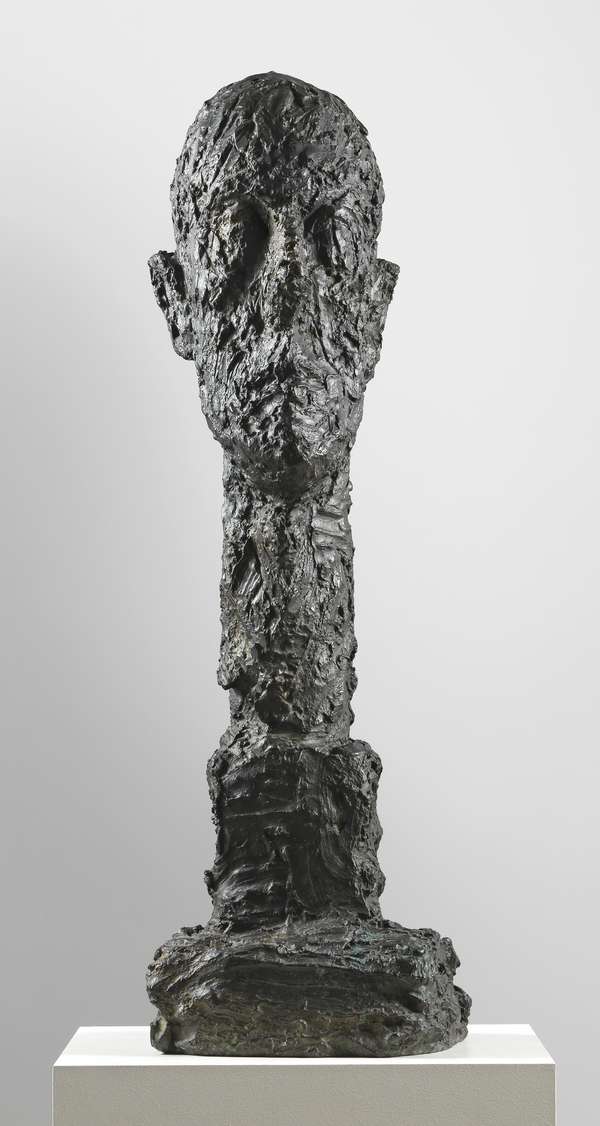 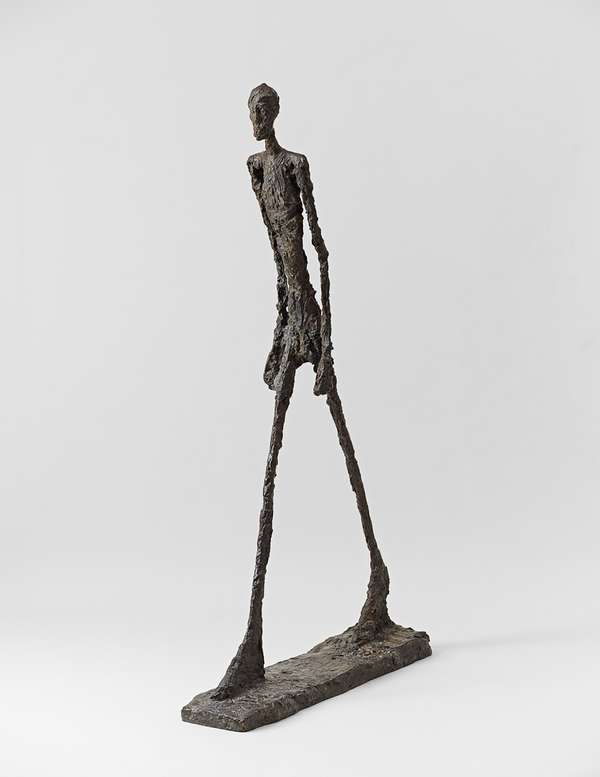 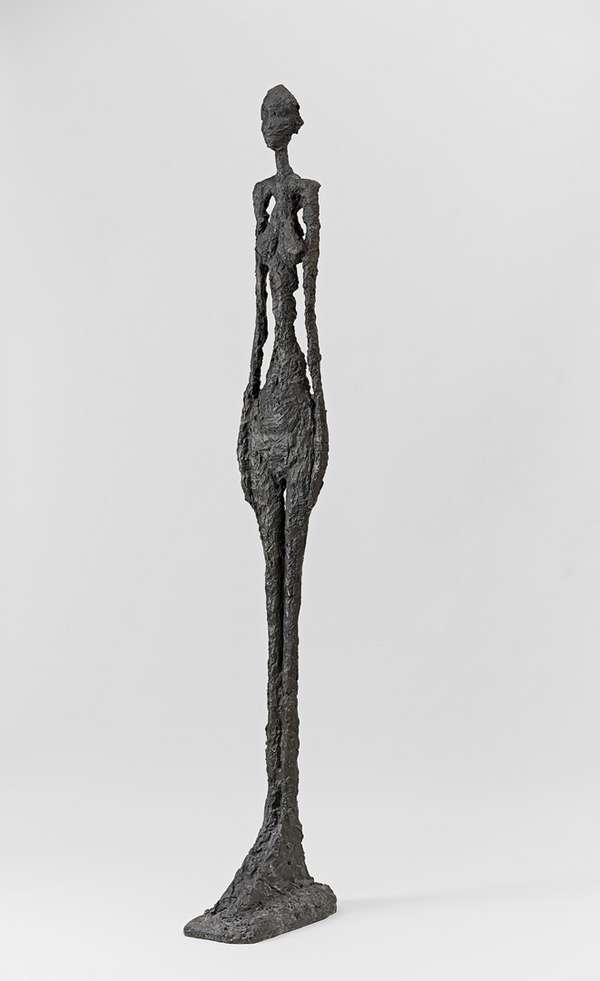 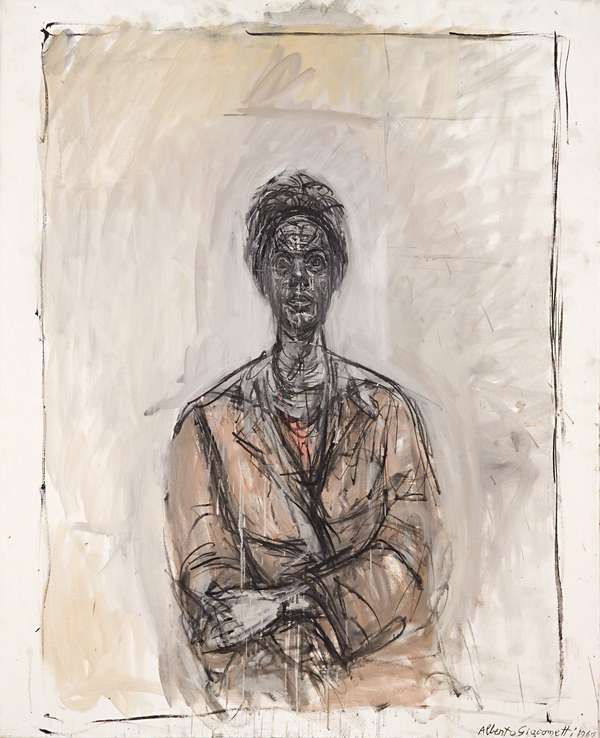 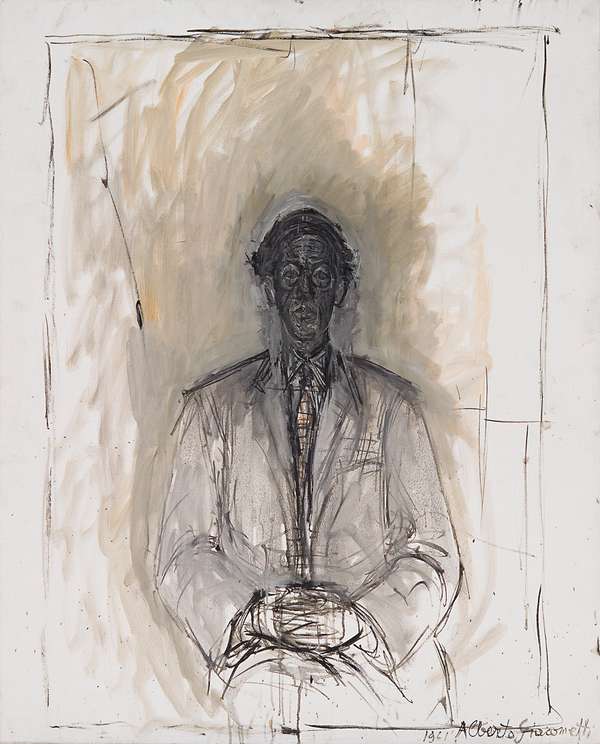 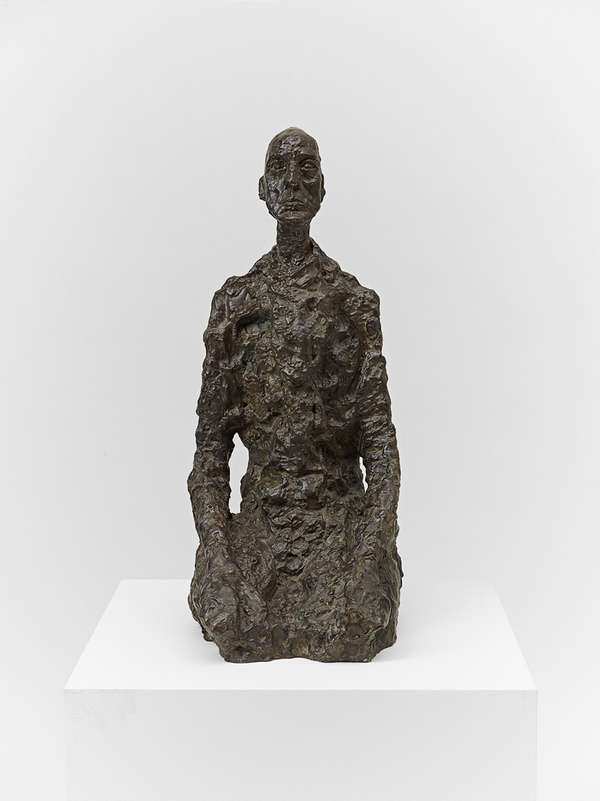