The painting Joseph Beuys (1980) by Andy Warhol is one of the few works that the artist decorated with a fine layer of diamond dust. It is in stable, original condition; however, the entire black background was covered with dust which muted the deep black surface and dulled the overall contrast. As the dust fibers were entangled with the diamond dust particles, a special process had to be found to remove the unwanted layer of dust.

Andy Warhol (1928–87) is a central figure in American Pop Art and one of the twentieth century’s most influential artists. His works document the culture of America, its daily life, its consumer society with its downsides, its celebrities, headlines, cartoon strip figures and tragedies, all of which Warhol takes as themes. From the late 1950s onwards, after a successful career as an advertising designer, Warhol devoted himself to his career as an artist. His early works were still painted by hand but he gradually renounced his authorship, using techniques that permitted the faster, more effective achievement of the principle of repetitive form. 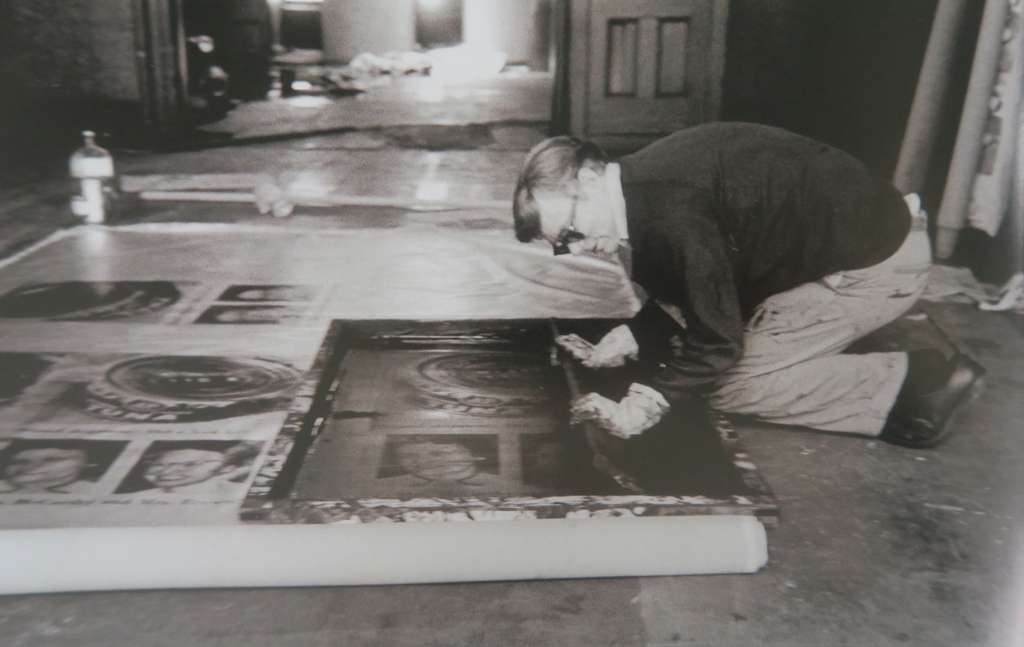 Warhol also worked in film, photography, and music, but it is his paintings and especially his portraits that are unmistakable and as such have become firmly embedded in our collective memory. He revolutionized portraiture by placing the image of his subject onto colored ground and reducing the face to a few distinct features. Warhol worked from photographs, most often Polaroids, which he transferred onto the canvas by means of screen printing. The portraits that he began to create in 1962 are among his most famous works. Warhol’s Marilyn Monroe, Liz Taylor, Jackie Kennedy, and Elvis Presley quickly became icons of Pop Art. In 1972, four years after the attempt on his life, Warhol returned with a series of portraits of the Chinese Communist leader Mao Zedong that would cement the artist’s fame and bring him lasting recognition. From this point on, Warhol devoted himself tirelessly to portraiture. He made portraits of rock stars, heads of state, politicians, monarchs, businessmen, their wives, artists, sports personalities, and hundreds of other prominent or wealthy contemporaries. Warhol made no secret of the fact that these kinds of commissions were a good source of income and gave him financial security. They enabled him to employ a growing team of assistants in his Factory.

In 1979, Warhol met Joseph Beuys (1921-1986), one of the most important German artists in the post-war period. The two artists were often compared with one another. While they pursued different strategies, they proceeded in a similar manner; for instance, they both constantly staged their own selves and transformed mundane objects into art. According to Warhol’s biographer David Bourdon, the two artists “were not exactly friends, but they assured each other in an elaborate and enigmatic manner of their mutual respect.” At what is believed to have been their first encounter, which occurred in 1979 in the Galerie Denise René Hans Mayer in Düsseldorf, Warhol took a picture of Beuys. This photograph, which shows a frontal view of Beuys with his characteristic felt hat, served the following year as the template for a series of portraits in color and in black and white. In the same year that Warhol met Beuys, he also began to experiment with diamond dust. Warhol found, however, that dust made from real diamonds was too powdery and dull for his purposes, and he soon replaced it with pulverized glass, which he continued to call “diamond dust.” Several of his works on paper and canvas are covered with this powder. Among them is the portrait of Joseph Beuys in the collection of the Fondation Beyeler. 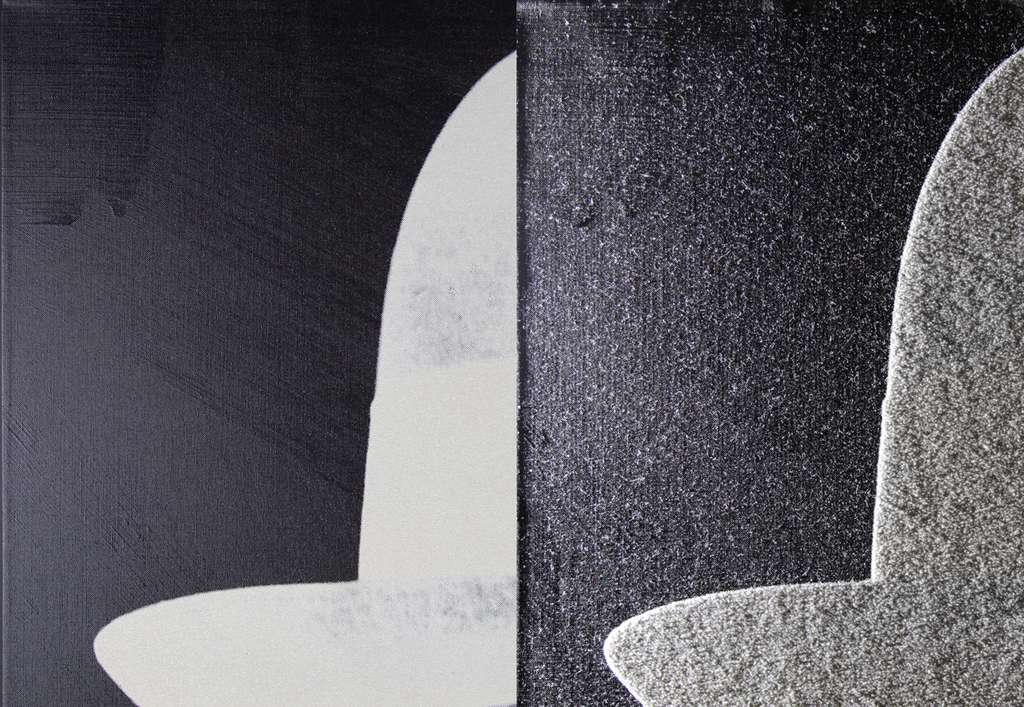 Figure 2: Detail top left: on the left, normal lighting; on the right, raking light. The heavy layer of dust is clearly visible in raking light.

Screen printing is a printing technique from the realm of the graphic arts that Andy Warhol often used for his paintings. Working from a photograph, the desired image is transferred to a fine mesh screen, with which the image can then be repeatedly printed onto a support, in this case a painted canvas. Figure 1 shows Warhol creating a screen print while, somewhat unconventionally, kneeling on the floor. Once the image has been printed, the canvas is mounted onto a stretcher. Warhol decorated special works with diamond dust, which was actually "only" ground glass, which he sprinkled on the wet paint immediately after printing. In the case of Joseph Beuys, the glass particles adhere to the white paint used for the screen printing, thereby creating a sparkling effect (Figure 3a).

The painting was in stable, original condition, but no longer looked the way it did in 1980. The black paint of the background was covered with dust. Many of the dust fibers stuck to the surface, while others were entangled with the particles of diamond dust. This was particularly obvious in raking light (Figure 2) and under the microscope (Figure 3b). The layer of unwanted dust weakened the optical intensity of the black paint and reduced the contrast between black and white. Somewhat surprisingly, moreover, the synthetic black paint (acrylic) is still soft and a bit sticky almost 40 years after the initial drying process. This property of the paint encourages the attraction and accumulation of dust on the surface. Chemical analyses were unable to identify the reason for this unusual property of the paint. Many comparable works by the artist from the same year also have the same black acrylic paint, but the paint is neither soft nor is there a heavy layer of dust. In the case of Joseph Beuys, Warhol may have used an additive that prevented the acrylic paint from hardening completely, or earlier owners may have exposed the work to unfavorable climatic conditions (e.g., heat or high humidity) that can have an adverse effect on the properties of acrylic paint.

A conventional dusting of the surface of the painting with soft brushes or pressurized air was impossible. For, during the creation of the work, the particles of diamond dust did not only stick to the wet white paint used for the screen printing, but many of them were also deposited on the black paint of the background that had already partially dried. As a result, the particles of diamond dust are not well adhered on this black surface (Figure 3b).

Accordingly, the conservators had to find a method to remove the countless fibers of unwanted dust without detaching the original particles of diamond dust from the painted surface. Several methods were tested and rejected. Eventually, the conservators decided to employ the fairly recent technology of microaspiration. Originally developed for medical purposes, a microaspirator is a small vacuum with very fine, adjustable nozzles. Using a microscope, the conservator was able to proceed with precision, removing, millimeter by millimeter, the dust fibers with the tip of the small nozzle while carefully working around the particles of glass powder. In addition, a soft rubber brush was used to “nudge” the dust fibers off the sticky surface. Progress was monitored with the help of UV light: dust fibers fluoresce under UV light and become clearly visible, whereas glass powder remains dark (Figure 4). Museum visitors could follow the restoration process on a monitor that was directly linked to the conservator’s microscope.

The restoration was a success: the heavy layer of unwanted dust was removed without losing diamond dust in the process. The before and after photos under raking light show the extent to which the painting has profited from the restoration (Figure 5). 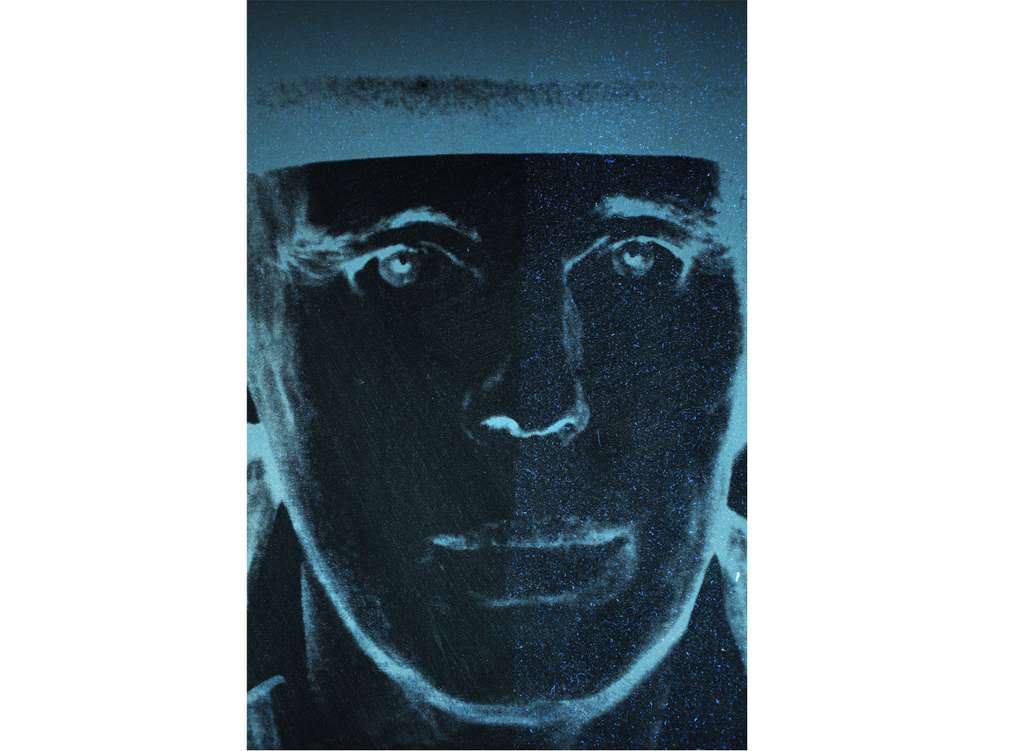 Figure 4: Detail of the work under UV light, with the left half of the face already cleaned. Since dust fibers fluoresce under UV light, it was possible to monitor the thoroughness of the cleaning during the restoration process.

Owing to the softness of the paint, the work will probably continue to attract a lot of dust, even after the restoration. To avoid the need for another lengthy restoration, the conservators considered various protective measures against dust. It is out of the question to put the painting behind glass or a protective cover while the work is on display, for this would constitute an aesthetic interference that is at odds with the original intention of the artist.

The conservators introduced a monitoring process to observe the accumulation of new dust. After every exhibition, conservators probe a fixed area of 1cm X 2cm on the surface of the work for dust particles.

In addition, the conservation department designed a cover that protects the painting from dust whenever it is in storage, rather than on display in an exhibition.

Figure 5: The painting under raking light, both before (left) and after (right) the restoration.